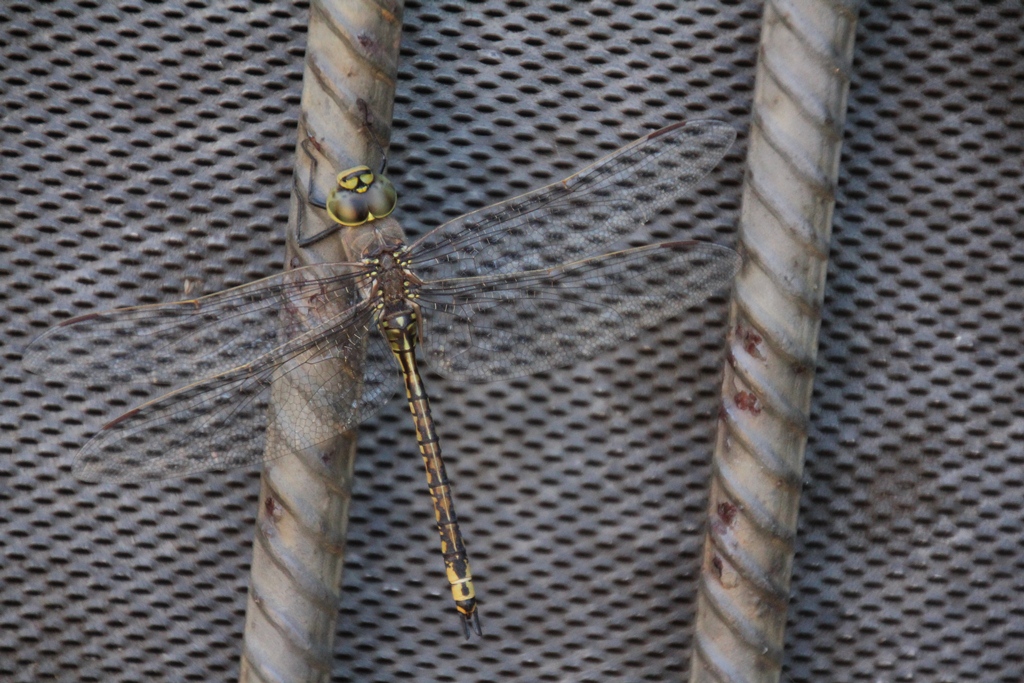 Over the warmer weeks of Spring, I’ve been watching the Dragon fly’s skim over the surface of the dam. Sonetimes alone, and sometimes in a dance with a partner, they zoom from the reeds growing on the edge, to the shade beneath the jetty, circling around, and rising and falling through the air as they go.  Sometimes they fly by at head height, and other times they almost touch the water.  Mesmerissing to watch, but hard to photograph.

Yesterday, when showing my friend around the property, she spotted this dragon fly resting on a wrought iron screen door.  I was without my camera, and rather amazed that I had time to go inside and get it to take this photograph.  We went out later in the day, and it was still there.  Maybe it has done so much zooming around the dam that it needed a long rest, or maybe it is nearing the end of its life.  Either way, I was glad to have the chance to capture an image for the blog.