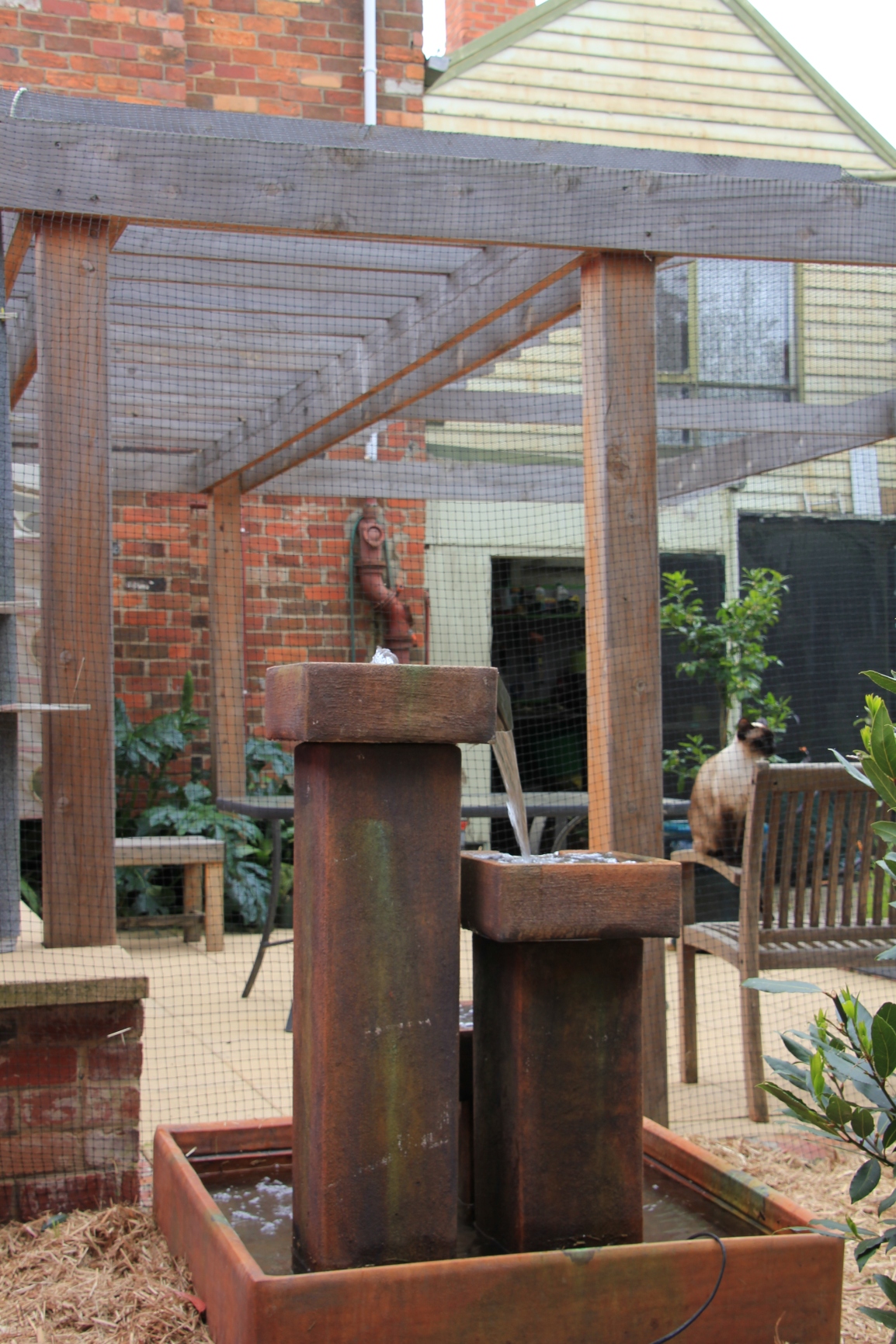 It’s getting exciting now. Only one more week before we can move to our fifteen acres of bush.  Apart from madly packing our stuff into boxes, we’re starting to narrow down the list of things we need to do so we can move in.

The very first thing we will need to do in our new home is to build a cat enclosure.  We don’t want our two siamese cats to kill any of the native birds. Nor do we want them wandering off or being attacked by foxes. The property has a large fenced yard which we will encolse with some cat netting. This will give the cats a free run between the house and outdoors.

Finding the cat netting has been an interesting process.  In the past we have used CatMax, which is very discrete,  low visibility netting.  It’s pre-stretched, and very strong. We love it, and it has proved very effective, but for a large yard, is simply too expensive to use this time around.  I’ve been searching the internet for lower cost alternatives, and have found two companies which seem to be viable.  Both offer black 19mm cat netting in various widths up to 10m, and both were happy to supply a sample in the mail.  When the samples arrived, they seemed very similar to each other – so much so that I can’t see any difference between them.

Compared with CatMax, both samples were a slightly heavier weight, but given that we only need to put the netting in over the top of the yard (high side fences already exist) it won’t impede any views.  We have views fron another verandah which we won’t be enclosing.  Also, all three companies charge by the square meter, and there is a substantial difference in cost.

If you are investigating cat netting, here are the three links:

The other accessory in the cat enclosure will be a Kittywalk Cozy Climber.  We had one of these in our current house, and the cats simply loved it to death.  It is designed to hang inside, behind a door, but we had ours hung outside as a ‘ladder’ for them to reach a high spot they loved to sit in.  They could simply climb up the CatMax (and it was strong enough not to pull anywhere) but the problem was in the descent. They used to jump down from a 2m high platform, and I was worried about them injuring themselves.  Anyway, after the Cozy Climber was installed, it became the new favouite place to sleep.

The new cat enclosre will have an undercover spot to hang a new Cozy Climber, and I expect it will be a favourite place to sleep away the warm lazy days of Spring and Summer and Autumn.

The green cozy climber, is my favourite one,  but after making an enquiry, only the taupe is available right now – so I guess taupe is it.

I”ll be making a decision about the netting and ordering it today.  It will arrive mid-week, and next weekend we will be fixing it to the fence to make the cat enclosure. When it is built, I will post some photos of the end result.

Just a few iPhone photos of flowers from my walk around the dam this morning. LOTS of bluebells, Pale Vanilla-lilies, and tea-tree - haven’t had time to sit down and work out species yet. I reckon two different bluebells, and not sure what type of tea-tree.
After a busy week I’m taking a few moments to sit on the bank of our newly full dam and appreciate the beauty surrounding me. This includes the tiny spear-grass flowers.
A white ‘Blue Stars’ - just the one- amongst the many blue ones. Blue Stars, also known as Blue Squill (Chamaescilla corymbosa) is one of the cheerful sights of spring.
I ventured out for a quick walk before cooking dinner. Light fading, but sufficient to capture these beauties. Spring is finally coming.😊
A lovely little patch of Gnat Orchids
Slatey Helmet Orchids are starting to flower.
%d bloggers like this: