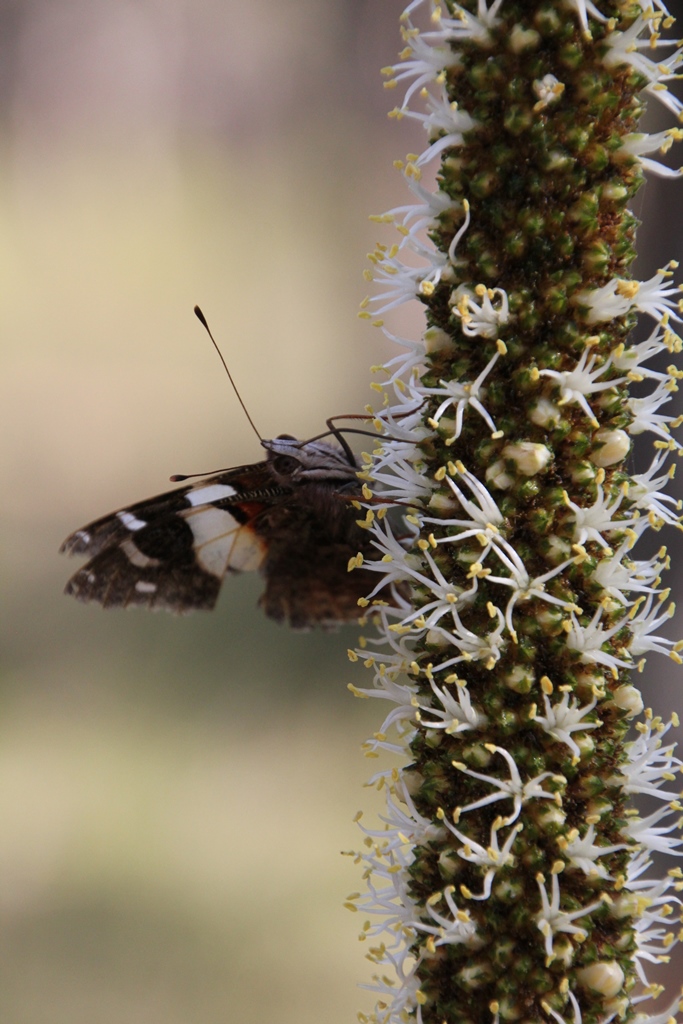 Last year I wrote a post about Xanthorrhoea, using my only reference guide at the time to try to determine the species.  A few comments suggested I had incorrectly named the plant as Xanthorrhoea Resinosa when it was more likely to be Xanthorrhoea Minor.  The feedback was probably correct. However, by the time I could check, the flowers were all finished.  With this in mind, I have taken care to photograph a range of Xanthorrhoea  flowers this November.

I’ve been amazed at the difference in size, texture, colour, and shape of the flower spikes.  Along with providing a striking presence in the bushland, they also provide food for wildlife.  I’ve divided my photos into four groups for this post; Plant Size, Flower Spike Colour, Open Flowers, and Flowers as Food, so please scroll down to see the full array of images.

Over the Spring, many of the Australian wild flowers I have tried to photograph are tiny, so when the Xanthorrhoea flower spikes began to appear, I set out with my camera with  much relish. Finally I would have something substantial to photograph.  Instead of trying to zoom in close enough to a tiny fringe lily, I found I had the opposite problem.  How do I best show this plant when the flowers are so large?  The only way is bit by bit, feature by feature.

As I did this, I realised we had at least two, perhaps three species of Xanthorrhoea. I still don’t know enough to identify them correctly, but these photographs show some of the major size differences.

A selection of Xanthorrhoea flowers shows how truly beautiful they are:

Finally, the Xanthorrhoea flowers seem to provide food for a range of wildlife species:

Something larger seems to like nibbling these flowers. Perhaps it is a possum, a wallaby or even a smaller marsupial.

I hope you found the Xanthorrhoea as fascinating to look at as I did. Write and tell me what you think of this flower.   Even better, if you can help to identify which species we have, I would be extremely grateful.

4 thoughts on “X is for Xanthorrhoea!”