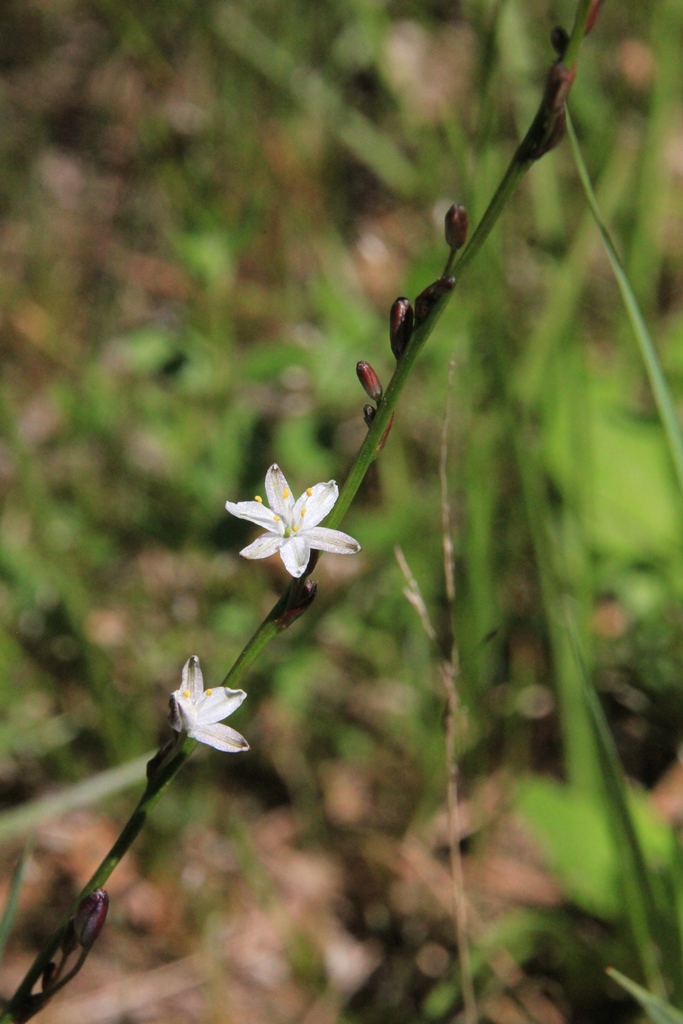 The Pale Grass-Lily flowers began appearing in November, and continued flowering into December.  The flowers are small.  Ours were between 6 mm and 10 mm but the field guide suggests they can be as large as 18 mm across.  I found then growing in a rage of places including in the bracken dominated bushland as well as the grass dominated land at the front, but there were probably more in the grassed areas than the bush areas.

Trying to photograph small flowers without a macro lens is always a challenge, but the photographs below will give you an idea of how pretty they are.