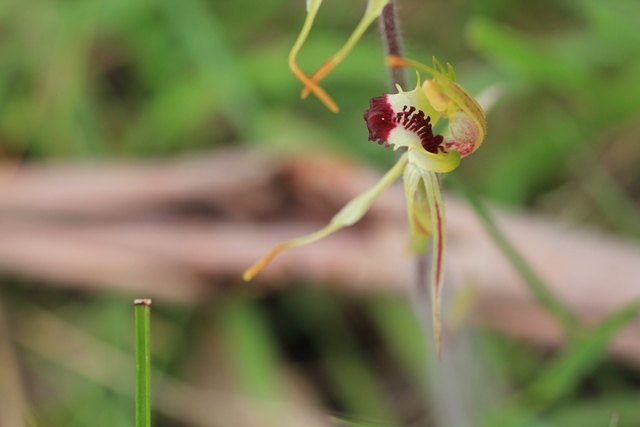 A group of visiting Field Naturalists discovered this Small Spider-orchid growing right next to some Sundew plants I had marked to show them.  It was a bit embarrassing to have walked past it multiple times without even noticing it was there.  Luckily I didn’t stand on it before the visitors arrived.

What is a club?  The brown ends of the lateral sepals and the dorsal sepal are called clubs because they contain scent glands to attract pollinating insects.  Some species of Spider-orchid have clubs on the two petals as well, while others have none.

Spider-orchid plants are pollinated by male wasps, tricked into thinking the flower is a female wasp.

The photographs below show the Small Spider-orchid in more detail.