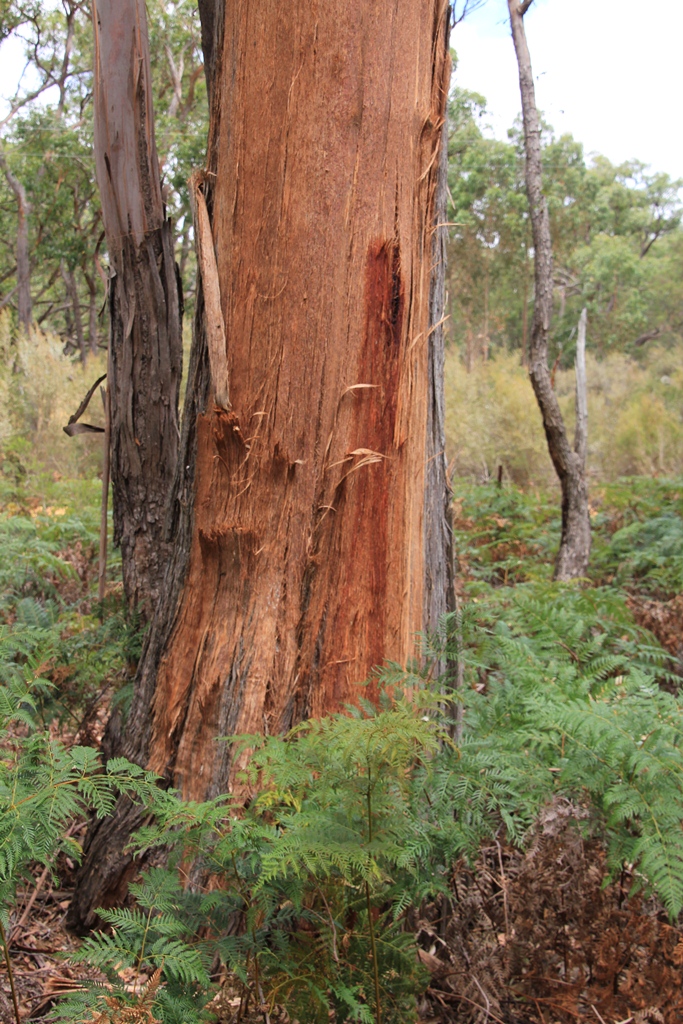 Over Summer, we’re forever monitoring the wind direction. This is new for us.  Living in the city, we monitored temperature throughout the day, but wind direction was just a vague acknowledgement that  North Winds were hot, and South Winds were refreshing and cool. Also, when the Southerlies came in on the back of a hot spell, it could result in storms.

Here, the wind direction is almost as important as the temperature.  The hot Northerly winds in Summer often align with days of Total Fire Ban. This week has been beautiful with temperatures in the low to mid 20’s, and a slight Southerly breeze. This has come as a relief after some days of hot weather with strong Northerly winds.  The last month has brought us,  on average, at least one high fire danger day per week, with temperatures in the high 30’s and stong Northerly winds.  Our greatest fire risk is a National Park to the North of us,  so on days of a high North wind, we need to be extra vigilant.

Walking around  our boundaries after a high wind – whichever direction it comes from – we always find a lot of bark scattered around the ground.   This is because many of our trees are rough-barked.  The outer layers of bark hang off in strips, are easily picked up in the wind.

Strong wind just rips strips of bark from the tree trunks, and scatters it around the ground.   I still have a sense of wonder when I see the strips of bark where they fall.  Sometimes it can look as if someone has had a party, and threw a whole lot of bark in the air like streamers – just to see where they land.  Other times, it looks almost organised with bark  radiating from a central point, aligned (as in an obstacle course), or arranged at the bottom of the tree from which it came.

When bark is blown from the tree in large sections, the trunk beneath is revealed to be a rich ochre red.

Smaller strips of bark can be carried quite a distance by a strong wind, and we find our walking path covered by scattered bark ribbons.

Fallen bark can be a home for wildlife such as our Jacky Dragon, but also for the insects and small animals that our birds and lizards feed on,  so this is another balancing act. How much bark do we move away?  How much do we leave in place?   What do we do with all that bark, even if we could shift it from where it fell?

I can’t help but think of the beautifully constructed woven bark baskets I’ve seen in photographs.  Although I have no idea how to do this, I think our bark would be perfect for the craft with the long even strips with a  rich red colour on one side, and a weathered grey on the other.  I’m not yet ready to begin weaving baskets, but the idea is percolating at the back of my mind as a future possibility.  We’ve certainly got enough bark for the supplies!

A lovely little patch of Gnat Orchids
Slatey Helmet Orchids are starting to flower.
I thought I would start introducing the creatures that live on our property. The obvious one to start with is Cheeky, the wild Sulphur Crested Cockatoo who introduced himself to us not long after we moved in. Most of the Cockatoos stick to the trees, but Cheeky literally knocks on the door, does a routine with wings and crest extended to get attention. If we still don’t talk to him, he shouts. Yes, we give him some sunflower seeds, but it isn’t all about the food. He often sits and listens to me talk rather than eating, and when I was really ill, I sat and told him all of my thoughts. He is a wonderful listener. He also checks out what I have on my feet every day. I have no idea why.
Nature never ceases to surprise me. In reality, the orange fungus (or is it slime mould?) was even brighter than my photos show. Next night it rained, there was a frosty morning, and now no sign of it.
Dusk tonight from the far side of the dam looking toward the house. I like the reflection of the house light on the water. Also the silhouettes of trees against the clear sky.
Slaty Helmet Orchids (Corybas incurvus) are coming into bud. Such interesting little plants. Another one which is there every year.
Loading Comments...
%d bloggers like this: