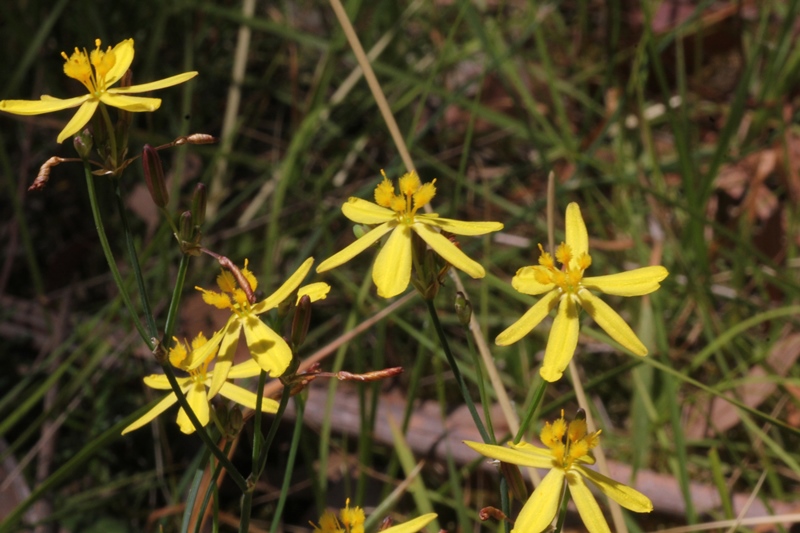 This year the Spring has been so dry that flowers seem to be behaving in unseasonal ways, including the Yellow Rush-lily which last Summer flowered in February.  Having noted that, I have only found one small group of plants, so perhaps they are growing in a micro-climate that suits them and the others will flower later on.  We had quite a few in a number of places last Summer.

I don’t know a lot about these pretty flowers, so I did a quick Google search. They don’t appear on any of the endangered plant lists, but the distribution map I found on the Atlas of Living Australia shows that sightings occur on only a tiny portion of their historical range.  According to Biodiversity of the Western Volcanic Plains website, the Yellow Rush-lily can flower from October through to February, so perhaps they are not as unseasonal as I originally thought.

An identifying feature of the plant is that the flowers twist after they finish blooming. The fluffy stamens of the open flowers appeal to me – they look so showy for such a tiny plant.  On our place, they mainly grow in grassy areas.