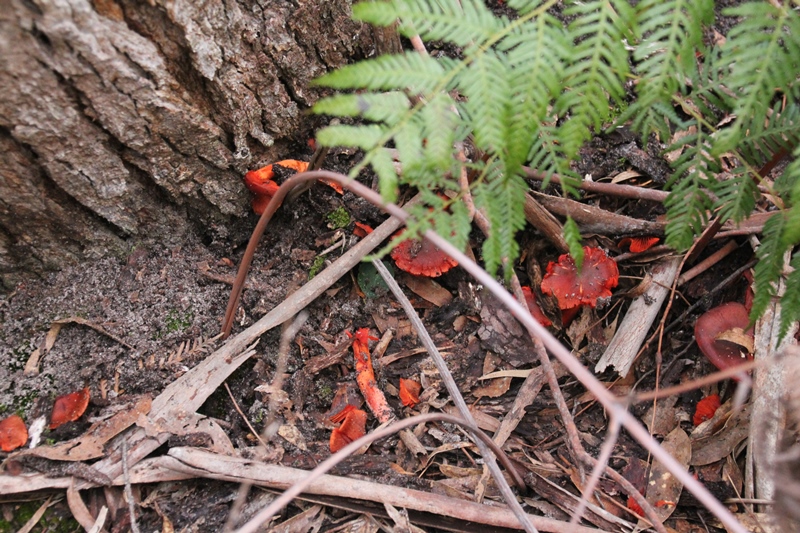 It’s winter in Australia, and when taking a shortcut between two bush paths, I came across a group of beautiful red fungi.  This is only one of a number of species growing now, most of which I have documented previously.  The vibrancy and intensity of the colour marks it as different from some orangey-yellow fungi that also grow here.

This year, I recognise most of the species of fungi from previous years, so this red one is the only distinctively different species I have found,  growing at the foot of an old tree.