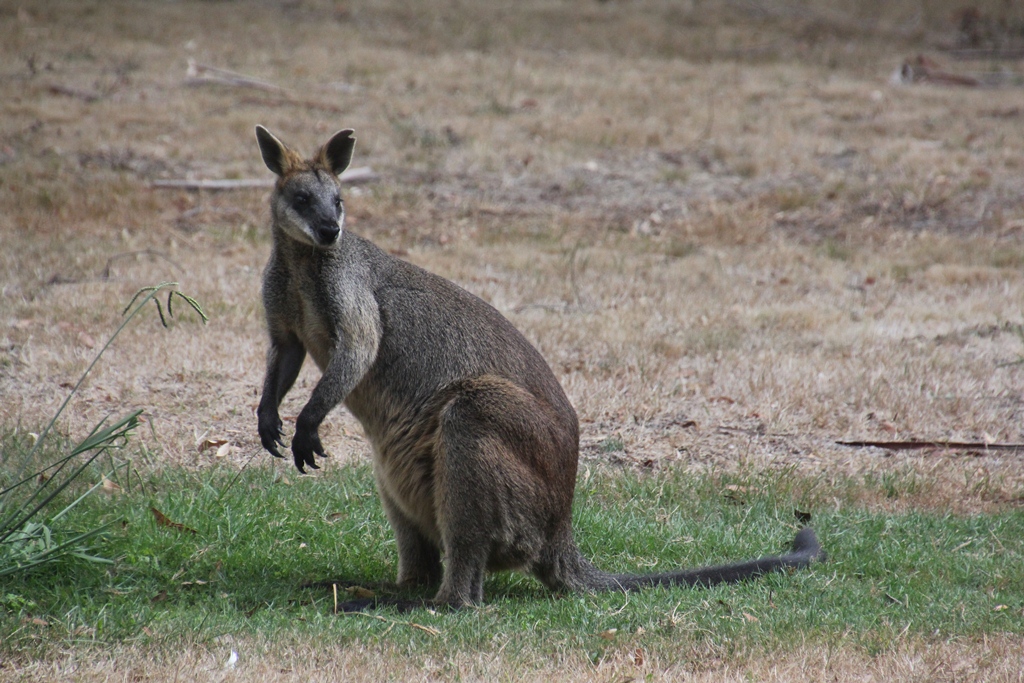 The rich green grass growing over the septic tank outlet seems to be quite a drawcard for macropods at the moment. Today we were out most of the day, and very surprised to find a Swamp Wallaby feeding outside the house during the daytime.  They are usually nocturnal creatures.   From the way it was eating – fast and frantically – it looked like it was starving. We took a few photos through the study window, and left it alone.

This Swamp Wallaby is the same one which ate the leaves on our Ornamental Plum tree. We can identify him from the large nick in one of his ears. We don’t know what caused it, but it is possible that he could have been attacked at some point.

Looking at photos of the Eastern Grey Kangaroo and the Swamp Wallaby in almost exactly the same location, it is interesting to compare their features and their build.  The Swamp Wallaby is much stockier in the body, and has very powerful claws on his front limbs.  The face is very pointed and possum-like, with large black eyes,  compared with the Eastern Grey Kangaroo’s open square-jawed face.

Usually, Kangaroos and Wallabies sleep during the day – emerging at dusk and disappearing just after first light.  It will be interesting to see if this daylight appearance was a once-off or if it returns again tomorrow.

One thought on “A Better Look at our Swamp Wallaby”