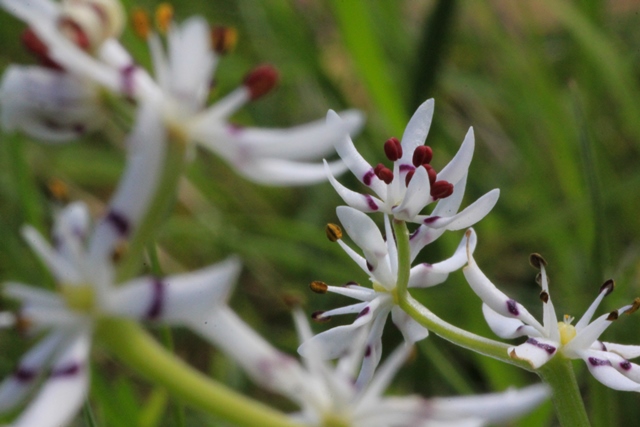 In the time we have lived here, the first Waxlip flowers have appeared somewhere between the 9th and 21st September. In my scout around the bush, still no sign of them today.

Last year, the lack of rain and warmer temperatures meant Spring arrived early, and was over before I really had a chance to photograph many of our wild flowers.  This year, we have had so much rain, with cooler temperatures, and Spring seems delayed.  This means plenty of Greenhoods of various descriptions, but no colourful species of native orchids yet.

So, I thought I would share the beautiful colours of the native lily Early Nancy.  These flowers always bring a smile to my face. Mostly they grow in the grass on the dam bank, but they also appear along the front fence – also in grass.