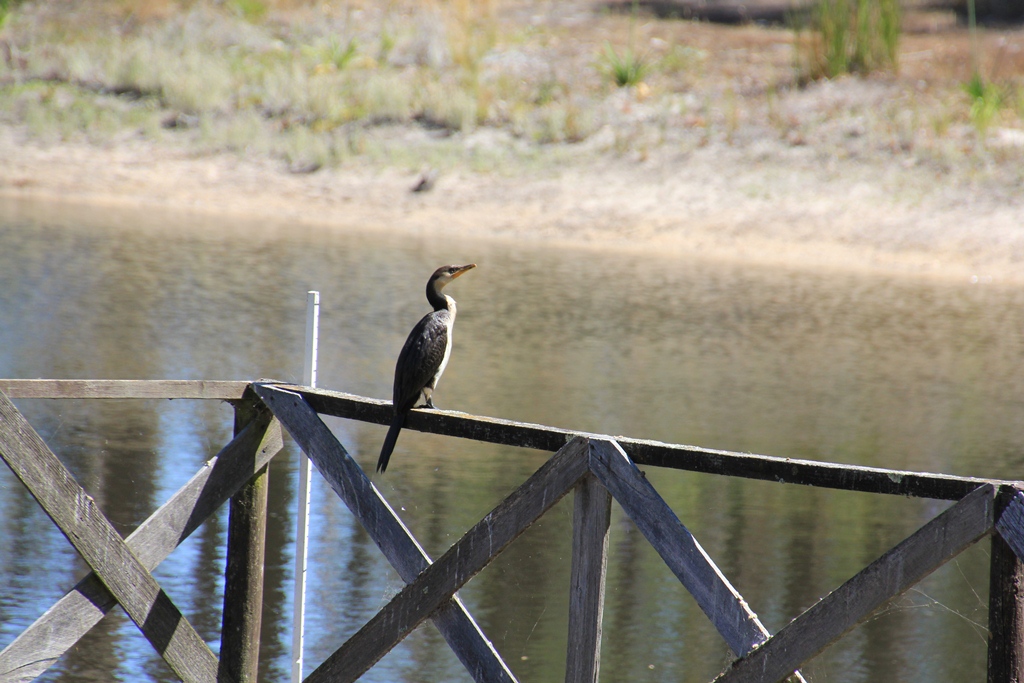 We have cormorants drop in to fish in the dam every now and again.   Mostly, they come on their own, but sometimes they bring a friend or two.  In the months leading up to Christmas, I was much more drawn to the herons, ducks, and more exotic species of bird, paying little attention to the cormorants other than to note if they were there or not. So, when they stopped coming for a few months over Summer,  it surprised me that I missed the sight of outstretched drying wings on the end of the jetty.

In the last couple of weeks, one cormorant has returned.  While it is pied in colour, it seemed starkly white and jet black instead of the muddy white and brownish black of the pied cormorant we’d had before.  This prompted me to dig out the field guide to Australian birds and have a closer look at the various cormorant species.  Potentially, four species of cormorant are found in our area – The Great Cormorant, the Little Black Cormorant, the Pied Cormorant, and the Little Pied Cormorant.  Each species has breeding plumage that varies from their non-breeding plumage.  This makes it a little tricky to work out exactly which species we have had here, but I will do my best to sort it out.

From the photographs I have taken, I believe we have had both species here.

If I’m identifying these birds correctly, we have had three of the possible four species of cormorants here.  Over the next few weeks I will write a post on each one, including more photos of each species.