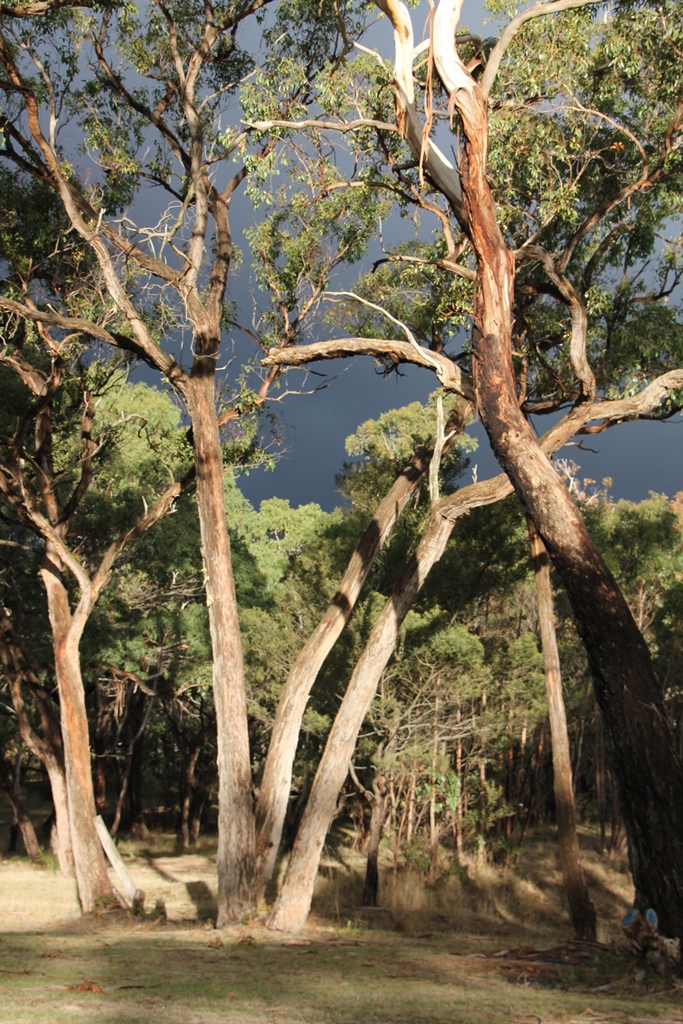 I’ve always been drawn to images which show a hillside, or a tree, in full sunlight with dark, threatening clouds in the background. There is something in the combination of bright green and thunderous grey that appeals to my sense of colour.  The vivid contrast of sunshine and darkness  is also a metaphor for life, and our experience in the world.  These photos were taken a few days ago, on the first weekend in Winter.  I had taken on a new project and was madly typing away on the computer, feeling under deadline pressure, and wanting to do a good job.

The sun shone in through the study window, and I glimpsed the sky behind the trees.  It was one of those moments I sat and reflected, absorbed the view, and relaxed… Then I took the camera outside to capture the full effect.  It was glorious!

Earlier that day, Richard had walked to the dam, and checked the rainfall total for May. Comparing this with the rainfall chart  the previous owners had left for us, we could see this year’s May rainfall was  half of last year’s May  rainfall total.  The next morning, the Bureau of Meteorology announced that the months from September to May were the driest in recorded history for Victoria.

So when those dark clouds rolled in, blotting out the sun, I rejoiced in the rain that came with them.  It rained all weekend, and my next few posts will be full of photos that I have taken this week – of fungi, flowers, and the landscape which is finally returning to a full green palate.

4 thoughts on “Rainclouds through Sunshine”