As a companion piece for the “Mind Shifting Moments” series, I will also compile some galleries of my favourite photographs from the last two years.   My A – Z Species list Birds page currently has links to 38 different species of birds I’ve photographed on our property.  In reality there are more as I have not sorted out the different species of cormorant, and there are a few other stray photos yet to make it to the blog.

In this gallery, I’ve compiled some of my favourite bird photographs from among that list.   Let me know which birds you enjoy viewing – I’d like to know.

Preparing to land, this cockatoo stretches out both feet toward the tree.

This is a species of cormorant I am still trying to pin down. Two strong possibilities and I need clearer photographs to determine which one.

This Magpie seemed keen to show off its catch, waving it from side to side several times while I took photos.

A wild bird who tries to make contact through the window, Cheeky, as it has been dubbed, drops by most weeks. 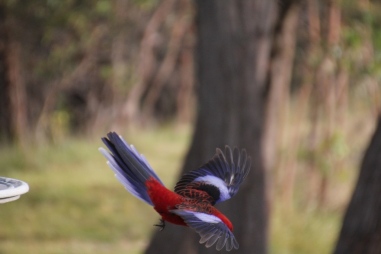 It was difficult to choose just one photo of a Crimson Rosella. I chose this one because it shows their beautiful feathers.

I love the ‘Who… me?” expression on the Corella’s face in this photo. 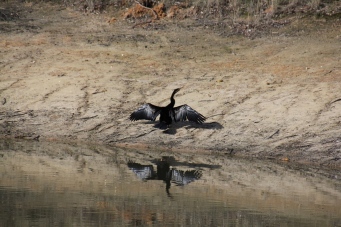 Another fishing bird which often drops by is the Darter. It is very shy and at the first hint of humans, will fly away.

I love this photograph of the Eastern Spinebill with a sprinkling of bright yellow pollen on its head. 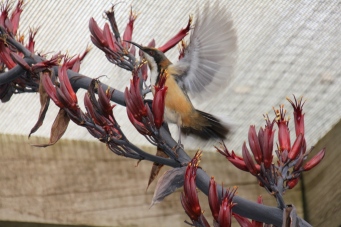 The Eastern Spinebills are smart enough to come in and out of the cat enclosure to feed on nectar without getting caught.

On a day of eerie light, we found an injured wattle bird which did not want to be rescued. 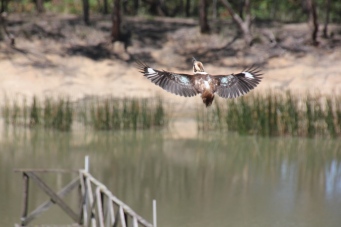 Kookie, the Kookaburra without a tail, in flight.

It constantly amazes me that a large flock of ducks can be chased away by one solitary Magpie.

A pair of Superb Fairy Wrens could see their reflection in the glass. The female bird was particularly worked up and prepared to defend her territory. 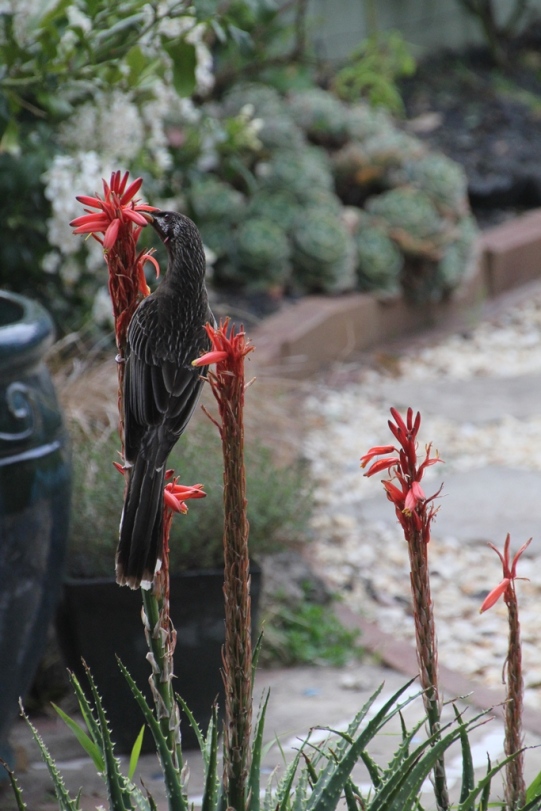 Before the cat enclosure was built, the Red Wattle Birds could get into the back yard to feed on the nectar of succulents.

A pair of White-Faced Heron slowly making their way around the perimeter of the dam.

The White-Faced Heron is beautiful to watch and to photograph. 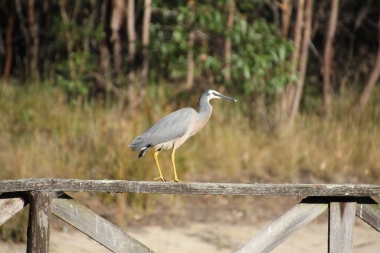 A regular visitor during the breeding season, the White-Faced Heron come to fish. 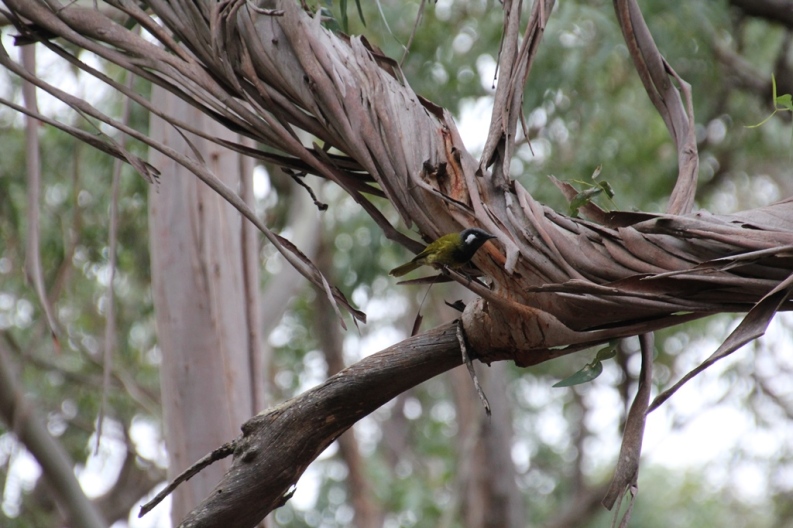 I love the twisted bark in this photograph just as much as I love the bird!

This bird has the most beautiful call.

Another bird keen to see the inside of the cat enclosure. Beautiful eyes on this one.

We very rarely have Straw-Necked Ibis, but this one visited daily for about a week in early Summer.

This Yellow Faced Honeyeater broke into the cat enclosure. It was rescued and flew to safety.

A family of Australian Wood Duck visited us daily to graze for food and swim in the dam.

9 thoughts on “A Gallery of Favourite Shots 1: Birds”

Prickly Starwort (Stellaria pungent) is quite plentiful in spring, and it is just starting to flower. It seems to like growing around the base of tree trunks.
This is a special find. Growing next to Caladenia parva, and it looks as if it is probably a green/colourless Caladenia parva unless anyone else can ID it.
Our first Sun Orchid of the season. I’m thinking Wednesday might see most of them in bloom.
The beautiful, often overlooked and abundant ‘Yellow Stars’ (Hypoxis glabella) forms carpets in the grassland on warm days. This perennial native lily is one of my favourites.
Watch out for the South African weed orchids (Disa bracteata) which are starting to appear now. They spread so quickly and need to be pulled up, including the bulb, bagged, and put into the rubbish bin. We found 9 on Thursday. A friend, last year, had pulled out hundreds. They spread rapidly and need to be removed before they flower.
Common Flat-Pea (Platylobium obtusangulum) I love the leaves on this plant.
Loading Comments...
%d bloggers like this: