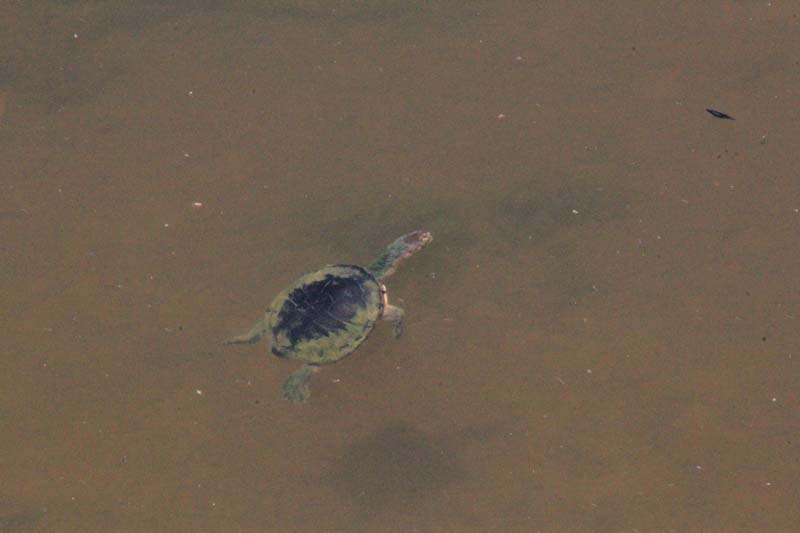 At long last I have seen the Eastern Long-necked Turtles in our dam.  We were told they were in there when we bought the property, but they have proved to be very shy creatures.  On a couple of occasions we’ve glimpsed them for a split second.  Until now, the dam has been so deep that once they dove, it was impossible to see them in the murky water.  The only reason I saw them today was due to the falling water level.    I can clearly see the bottom of the dam now.

For a while I watched three turtles foraging for food in among the plants growing on the bottom of the dam.  They can hold their breath for a surprisingly long time!  True to form, once they saw me they swam away, to the opposite side of the dam.

According to Cronin’s Key Guide to Australian Reptiles and Frogs, the Eastern Long-necked Turtle were named because they have necks longer than their shells if the neck is fully extended.  The shell can be up to 30cm in length.  Mostly, the turtles spend their time in the water.