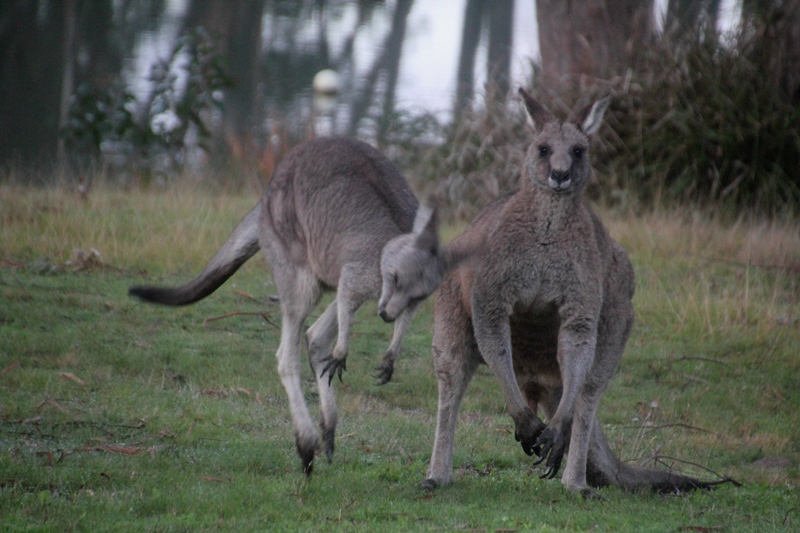 Over the last three years, I’ve been fortunate to observe some of the Eastern Grey Kangaroo courtship behaviour.   In Winter, a new tiny joey peeks out of its mother’s pouch and the dominant male returns to the mob for a while.   This year, the new tiny pink face appeared toward the end of June.

While the kangaroos tend to retreat to the bush to mate, they display a lot of courtship behaviour in front of the house.  The dominant male will approach a female and she will either hop away from him, or she will turn to face him. If she does the latter, a lot of fore-leg waving and head raising occurs. Usually the male puts his head back and reaches out to the female,  placing his paws on her torso or head.  She will then respond by raising her head and waving her fore-legs in mid-air.  Sometimes this is the end of the matter, and sometimes it is repeated over and over again.

Here are a few photographs I’ve taken recently.  More on the mob to follow in a separate post.